Like how certain kind of drugs help an artist innovate and get motivated, in my case, the opium is melancholy and despair. So when I decided to explore movies about relationships, I chose the ones specifically centred around failing marriages, hopeless relationships and toxic couples. And that brought me to Kate Winslet and Leonardo DiCaprio starrer Revolutionary Road  directed by the man who excels in painting the suburban malaise on celluloid perfectly – Sam Mendes.

Revolutionary Road brings all our nightmares to life; the emptiness of mediocre city life, the realisation of banality of our own existence, the fear of losing ourselves in conformity and the list can just go on. The artful production design by Kristi Zea and masterful direction of Sam Mendes traps the audiences in a claustrophobic environment of the American life in the 1950s.

Frank and April meet at a bar and fall in love with each other’s alter egos; just not in the pathological sense. Both assume personalities they think belongs to them but in reality is just a facade used to hide their ordinariness. In the beginning, we see April’s desperation at the end of a play and the awkwardness of Frank in consoling her. Their marriage has already started to crumble and it ends with the first heavy altercation between the couple on their way home. This scene is just ominious in a lot of ways.

Frank’s anger at his tedious, mind numbing job coupled with the rocks hitting his married life lead him on the way to adultery. However, at the same time, April, after being approaced by her realtor Helen Givings (Kathy Bates) to meet her mentally distrubed son John (Michael Shannon), wishes to give life one last chance by moving to Paris. She believes Paris would help Frank find his purpose in life while she financially supports the family. Frank though, uncovinced in the beginning, accepts the idea until a sudden promotion and pay raise make him doubtful about the migration. Hereon, all the cards start falling, leaving the couple so distraught and frustrated, culminating in an emotionally charged climax.

Kate’s character April is one of the finest we have seen in recent times. Remeber Angela’s words in American Beauty – also directed by Mendes – “I don’t think that there’s anything worse than being ordinary.” Well, Angela’s fear has come alive in April’s life. She is emotionally drained, frustrated at the monotony of her life, suffocating herself with the idea of having a fantasy life. But in reality, April is just seeking something she doesn’t know herself. She doesn’t identify what it is that will make her life meaningful and hooks on the Paris plan believing it will redeem her of all the wretchedness and hopelessness of her existence.

Frank, on the other hand, has accepted his fate and more or less is comfortable with the suburban family life. When he learns about April’s third pregnancy and her plans to self abort, he is repulsed by her and refuses to see April’s anguish and confusion at the whole situation. His mysogyny and desire for a stable life lead them to cancel Paris but leaves a tear in their marriage which is later ripped apart by Helen Givings’ son John. The big fight shows us the utter dissapoitment of the couple at each other as they hurl abuses and insults while also breaking down at one point. It is a tormenting scene for audiences as it shows April and Frank at their worst.

I was just not able to get my eyes off April. I could empathise with the character and one point became so invested that the climax was devastating for me. Now isn’t that the biggest achievement of an artist. Revolutionary Road was one big journey for me and although many in reality drag themselves out of bed everyday aware of their dreary lives, to witness the repercussions on screen was totally unthought.

So if you are someone with a magnetic interest for topics all dark, then I would recommend you to watch it at one go. April is surely going to haunt me for some days atleast. 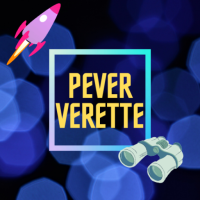 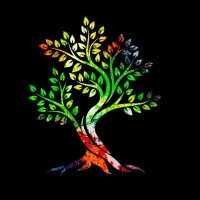 Cystocele and Rectocele
My Random Ramblings